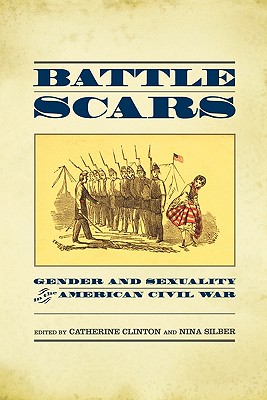 Battle Scars: Gender and Sexuality in the American Civil War

Over a decade ago, the publication of Divided Houses ushered in a new field of scholarship on gender and the Civil War. Following in its wake, Battle Scars showcases insights from award-winning historians as well as emerging scholars. This volume depicts the ways in which gender, race, nationalism, religion, literary culture, sexual mores, and even epidemiology underwent radical transformations from when Americans went to war in 1861 through Reconstruction. Examining the interplay among such phenomena as racial stereotypes, sexual violence, trauma, and notions of masculinity, Battle Scars represents the best new scholarship on men and women in the North and South and highlights how lives were transformed by this era of tumultuous change.

Battle Scars: Gender and Sexuality in the American Civil War