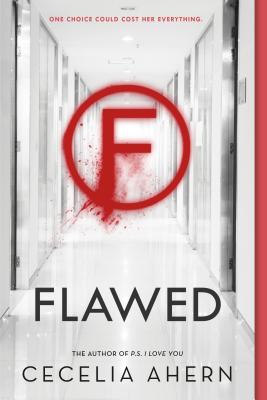 In a breathtaking young adult debut, the bestselling author of P.S. I Love You depicts a society in which perfection is paramount and any misstep leads to punishment.

If you break the rules, you will be punished.

She's a model daughter and sister and she's well-liked by her classmates and teachers. She's also a girl of logic. To Celestine, every problem has a solution. Every action is either right, or wrong.

Celestine has always known about the Flawed, second-class citizens who are branded as punishment for their crimes. And she always thought they must deserve their punishment.

But everything changes when Celestine witnesses the mistreatment of a Flawed man, and steps up to help him. But in helping him, she reveals that she is imperfect. And in Celestine's society, imperfection is punished.

She is imprisoned. She is branded. She is flawed.

This riveting novel is the first installment of the Flawed series. Don't miss the continuation of Celestine's story in the second book, Perfect.

Praise for Flawed by Cecelia Ahern:

"Pick up Flawed if you're a fan of awesome YA . . . or just if you appreciate really well
written fiction." --The Guardian

"Ahern is a brilliant storyteller. . . . Flawed] grabs readers] from the opening pages and refuses to let go." --The Irish Times

"This book is a masterpiece. . . . Flawed] is a book that exposes the underbelly of a society which idolizes and demands perfection from its people." --The Young Folks