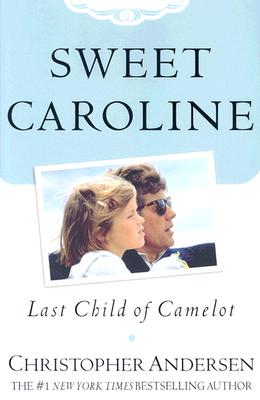 She is the heiress to a legacy of power, wealth, unfulfilled promise, and unspeakable tragedy. Her father was gunned down before a stunned world forty years ago, forever changing the course of history. Her mother became the most celebrated American woman of the twentieth century -- an icon of style, glamour, and personal courage. Her brother was the most promising Kennedy of his generation -- a global heartthrob who was killed when his plane crashed within sight of his mother's estate on Martha's Vineyard. Through it all, the sole surviving member of Camelot's First Family, Caroline Kennedy, has remained largely a mystery. Until now. In the manner of his #1 "New York Times bestsellers "The Day Diana Died and "The Day John Died, as well as his other bestselling books on the Kennedys, "Jack and Jackie and "Jackie After Jack, Christopher Andersen draws on important sources -- many speaking here for the first time -- to provide a full, compelling portrait of Caroline, the young wife and mother left to carry on in her legendary family's name. Among the revelations: New details about life inside the Kennedy White House -- and the events surrounding JFK's assassination -- from Caroline's unique perspective. A spellbinding account of the surreal years she spent as the stepdaughter of Aristotle Onassis. Caroline's own battles with a variety of harrowing personal problems, both physical and emotional. The times she, too, cheated death; the stalkers who have caused her to fear for her life. Her often frustrating attempts to carve out an identity for herself in the shadow of her famous mother. Her loves, and the enigmatic character she chose to marry. The way she coped with the heartbreakinglosses of her father, mother, and brother -- as well as the countless catastrophes that have plagued the Kennedy family over the last half-century and the demons that haunt her to this day. How she is raising her children, and what lessons she is teaching them about love -- and loss.

"Sweet Caroline: Last Child of Camelot is an often moving, always captivating look at the life of one little girl who was handed more than her share of heartache -- and has not only survived but flourished. It is the story of America's daughter.