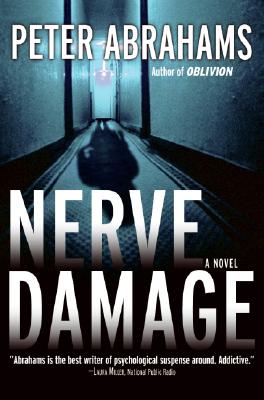 Sometimes the dead live on in your dreams . . . at least that's true for Roy Valois. His wife, Delia, died fifteen years earlier while working for a private think tank and he has never forgotten her. Roy is a well-known sculptor in the art world. His newest piece, a magnificent creation he calls Delia, has just been finished, a sign that he's found a little closure at last.

Then Roy gets some news of the grimmest kind. It's the kind of news that forces thoughts in unexpected directions, such as the contents of one's obituary. Roy and his lawyer, a close friend, find themselves wondering whether Roy's obituary will mention a big goal he scored in college hockey. Roy's friend suggests that they could probably find out. With some help, they hack into the morgue files of the New York Times. There's no mention of the goal, but something else about his obituary bothers Roy. According to the New York Times, his wife was working for the United Nations when she died—not the think tank.

At first, Roy thinks it's a simple mistake, but when a conversation with the writer of his obituary fails to clear things up, he suspects something more. The deeper he digs, the more confusing his wife's past becomes. Delia's former colleagues deny ever knowing her, the building that housed the think tank has supposedly served as the offices for another organization for decades, and Roy can't find any records of its existence. Who was Delia? Who did she work for? How did she really die? Did she really die? With time running out, a desperate Roy won't stop until he knows the truth about the woman he can't stop loving.