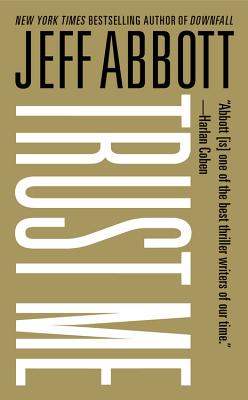 Luke Dantry finds the bad guys. . .before they're bad guys. He works for a Washington, D.C. think tank as a minor academic who studies the online venting of would-be extremists, trying to identify those who will move from threatening words to deadly action. Anonymously typing from his computer as he monitors a loose collection of enraged loners, Luke thinks his identity is safe--but he is wrong.

Suddenly kidnapped and left for dead in an isolated cabin, Luke soon realizes that the people he's been watching and studying are more organized and dangerous than he ever imagined. And they aren't the only ones who've kept an eye on him. Now with his former targets-and the federal government--tracking every move he makes, Luke must decipher a murderous web of connections that reaches into his own broken past. Only Luke can stop a looming threat that may kill countless people--including himself.