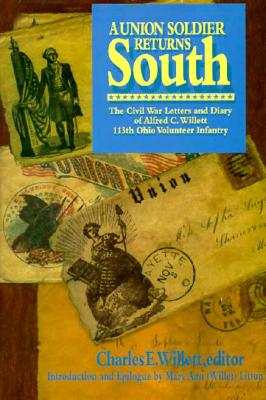 Numerous authors have written about America's Civil War, trying to recapture the crash of cannons and the immediate wall of black powder smoke that comes with the first volley of musket fire. But no written word can convey the firefights or the foraging or the marching as can the letter of a foot soldier.On October 10, 1862, young Alfred Willett from Lafayette, Ohio, mustered into the Union Army to help put down the wicked rebellion. He left behind his sweetheart, Sophia Snider, and went with his friend John Simpson to war. For over two years Alfred wrote to Sophia of his experiences in the Army, telling of battles and marches, of tearing up the railroads, of hunger and cold, and of his anxious desire to return to her. Twenty-five of Alfred's letters were saved over the years, as well as an 1864 diary he kept, beginning in early May, when his regiment's rapid movements made writing letters more difficult. Interspersed with the meticulous transcriptions are reproductions of several letters and diary entries, as well as related Civil War photographs, including several from the National Archives' Brady Collection.