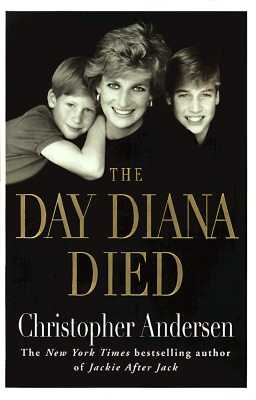 On August 31, a year will have passed since the death of Diana, the twentieth century's ultimate fairy-tale princess. (But the world has yet to fully recover from the shock of her tragic, senseless death at the age of thirty-six.) To millions around the globe, the Princess of Wales's image glows with a very special grace -- and there remains an undeniable fascination with the final hours before that brilliant flame was extinguished forever.

Illustrated with more than fifty photographs and packed with startling new details that are sure to make international headlines, this compelling, fast-paced narrative traces the twenty-four hours that climaxed in the scream of twisted metal in a Paris tunnel -- and ended in tearful vigils around the world. In the manner of Jim Bishop's bestseller The Day Kennedy Was Shot, The Day Diana Died traces in riveting detail the movements, activities, and emotions of everyone involved in the tragedy that unfolded on that fatal day -- from Diana and her companion, Dodi Al-Fayed, to her sons, William and Harry, to Prince Charles, Queen Elizabeth, and the rest of the Royals, along with scores of other players in the drama, great and small.

In Christopher Andersen's experienced hands, secrets are revealed and amazing facts uncovered as Princess Diana's last day on earth is relived minute by astonishing minute. As it hurtles toward an inevitable climax, The Day Diana Died comes alive with the spirit of one of the most vibrant, complex, captivating women of our time -- and with the sad realization that with every page time is running out....